In a league of their own: Former varsity-level collegiate athletes prove to have a more positive post-grad experience 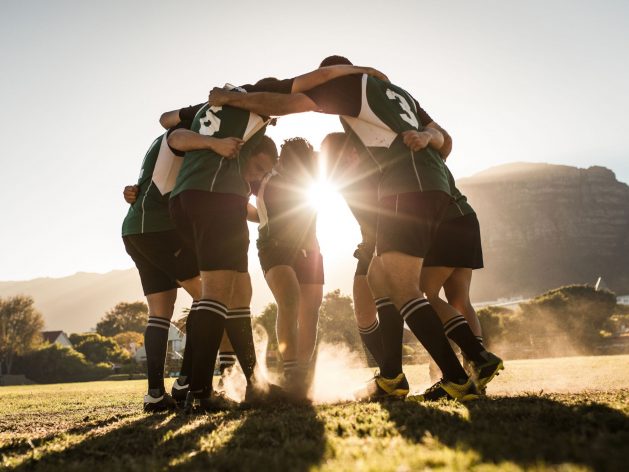 It probably comes as no surprise that it is exceptionally difficult to be a college athlete. Juggling early morning practices, challenging workouts, away-games, and schoolwork on top of it all is enough to overwhelm even the most resilient and motivated person. So, when their four years of undergrad have come and gone, do these athletes look back on their college days with regret or pride? Lucky for you, we got the inside scoop.

We sent out a study to 203 college grads between the ages of 20 and 30, 23% of whom were on a varsity athletic team in college, and asked them questions regarding their identities as former college athletes or non-athletes. After doing a deep dive into this segment of former collegiate athletes, we made some pretty interesting discoveries.

People who played a varsity sport in college have more positive self-reports of their life post-grad than those who did not play a sport.

In reality, only a small percentage of collegiate varsity athletes will continue their sports career in a professional setting. Many of these individuals are faced with the sudden transition from a grueling college schedule to a more relaxed life post-grad. So, that begs the question: How are they doing now?

“In a few words, how would you describe your life since college?”

This observed disparity continued when respondents were asked to rate their level of agreement with the statement, “I feel personally fulfilled”. Individuals who played a varsity sport in college were more likely to at least somewhat agree with this statement than those who did not play a sport (65% varsity athletes, 50% non–athletes). To delve into this idea a bit more and what it means to these different segments, we will next explore the respondents’ perceptions of their current success and how that relates to their experiences in college.

“Please indicate your level of agreement with the statement: ‘I feel personally fulfilled.’”

Former collegiate athletes feel that their experience in university prepared them more adequately for post-grad life than their peers who did not play a varsity sport.

Respondents were asked to report their level of agreement with the statement “I am succeeding in reaching my professional goals”. Following our analysis so far, it makes sense that those who played a varsity sport in college were more likely to at least somewhat agree with the statement (61% varsity athletes, 50% non-athletes) than those who didn’t. That segment of respondents who did not participate in college-level athletics were more likely to at least somewhat disagree (31% non-athletes, 11% athletes). With this in mind, we wanted to discover whether this “success” can be attributed to the individuals’ experiences in college or not.

“Please indicate your level of agreement with the statement: ‘I am succeeding in reaching my professional goals.’”

In order to discover exactly why these former collegiate athletes appear to be more prepared for life after college, we asked respondents some more questions regarding their lifestyle while they were still in school.

“Please indicate your level of agreement with the statement: ‘My college experience has prepared me for success in my professional career.’”

Get the full story behind your latest 'why' question with GroupSolver. 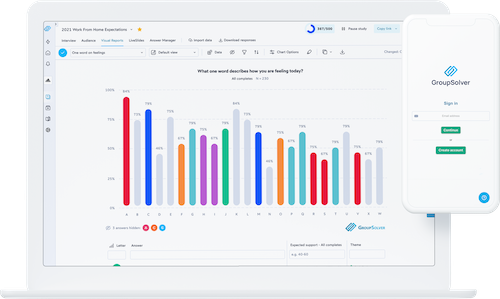 Collegiate athletes tend to describe their life in college as being more “tedious” than non-athletes, but still appear to be more satisfied with their experience.

We asked respondents to think back on their time in college and tell us “What few words best describe [their] college experience”. Those who were not involved in varsity athletics appeared to be more academically oriented in their college days based on their higher likelihood to agree with descriptors such as “Learning” (84% non-athletes, 78% varsity athletes) and “Study” (67% non-athletes, 63% varsity athletes) in comparison to their peers who played a varsity sport.

“Thinking back to your time in college, what few words best describe your college experience?”

The same pattern of former collegiate athletes being generally more positive when looking back on their college experience emerged once again when they were asked to report “How likely or unlikely are you to recommend the kind of college experience you had to a friend or family member planning on attending college?”.

We discovered that those who participated in a varsity sport in college were more likely to recommend their experience than those who did not play a sport (82% varsity athletes rated 6 or above out of 10 vs. 60% of non-athletes). In addition, former athletes were also a lot more likely to strongly recommend their college experience to another (52% varsity athletes rated 8 or above out of 10 vs. 28% non-athletes). So according to these findings, former collegiate athletes were generally so satisfied with their experience in school that they would go as far as to recommend the same path to a friend or family member, whereas non-athletes would be more hesitant.

“How likely or unlikely are you to recommend the kind of college experience you had to a friend or family member planning on attending college?”

Among many possible explanations for the overall positive self-reports coming from former varsity collegiate athletes are their support systems, taught life skills, and high level of physical activity.

The data collected in our preliminary study supports the sentiment that in general, individuals who participated in college-level athletics are more positive and optimistic about their life post-grad and satisfied with their college experience than those who did not play a sport. In order to concretely establish why this is the case, we need to dive deeper into the day-to-day lifestyle and mindset of these athletes with an additional study, but until then, we wanted to explore some potential explanations.

Being a part of a sports team in college comes with coaches, teammates, advisors, and oftentimes mentors. Having this system built-in when jumping into a new experience likely has lasting positive impacts on these athletes and could potentially explain some of the conclusions that we made in this study.

2. Valuable life skills developed through being part of a team

A person on a sports team and the average person in the workplace actually have a lot in common: They are seasoned collaborators, require a certain level of self-discipline, are taught to set goals and work toward reaching them, and more. These skills go a long way and being taught them at a young age can make a person more mentally equipped for life outside of college.

There are countless scholarly articles on the mental benefits associated with physical exercise. Being active can increase serotonin levels, release endorphins, help you sleep better, increase energy levels, and can even have social benefits. Many college athletes have daily (sometimes multiple-per-day) practices, which means that they are reaping these benefits on a daily basis. These factors may provide some explanation for the phenomenon we observed in this study.

So, what’s next? Stay tuned for a follow-up study…

All of these conclusions seem like a plausible explanation for the patterns observed in the results of this study, but we can’t be certain of them until we collect more data of our own. To find out more on why former collegiate athletes report being more fulfilled, satisfied, and prepared in their post-grad life than their non-athlete counterparts, be sure to keep an eye out for a follow-up study from GroupSolver. Subscribe to our newsletter and follow us on LinkedIn to stay up-to-date. 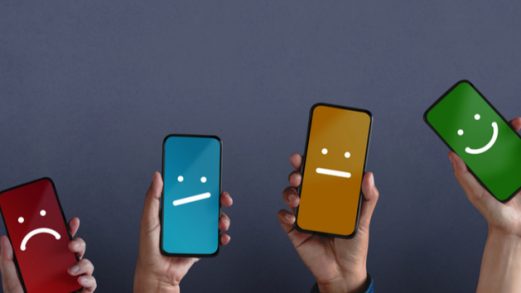 6 Tips to Remember When Writing a Customer Feedback Survey 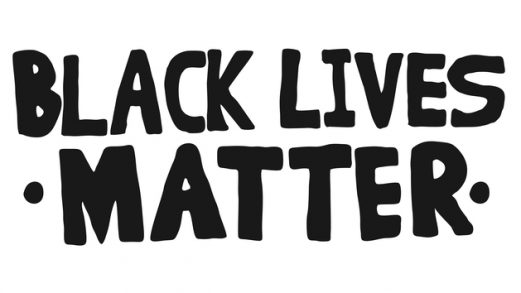 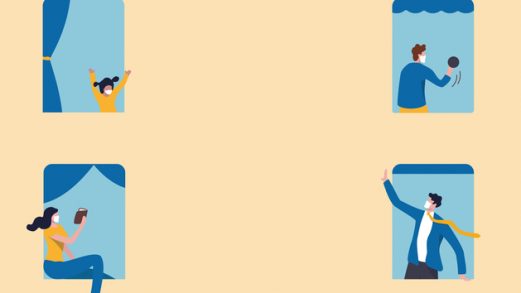