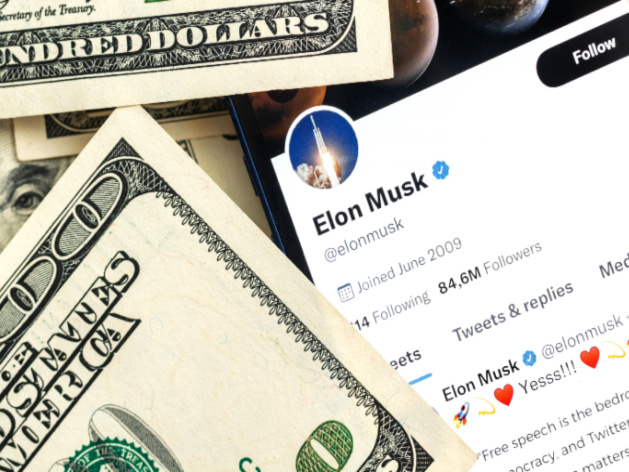 Elon Musk, the current CEO of Tesla and SpaceX, has recently ventured into the world of social media acquisition. On April 25, 2022, Musk offered a hefty $44 billion to Twitter’s board of directors, which they accepted, making him the largest shareholder of the platform. Elon Musk is known namely for his successful business ventures but has also established himself as a public figure and social media personality. For this reason, the news of his recent offer came as a surprise to many and raised questions regarding the future of Twitter. In our most recent study, our team at GroupSolver wanted to investigate the public’s opinion on Elon Musk’s offer to purchase Twitter and gauge their views on topics related to social media now that the news has settled.

When we asked respondents what thoughts or feelings come to mind when they hear the name Elon Musk, these were some of the top responses: “Billionaire” (92% support strength), “He’s successful” (88% support strength), “Ambitious” (86% support strength), and “He’s controversial” (83% support strength). Musk has established himself as an extremely affluent, well-versed businessman in the public eye. His reputation has helped establish credibility for him in the business realm, but his status as a controversial public figure is bound to raise some concerns for Twitter users as he steps deeper into this digital space. In the IdeaCloud™ below, you can see additional responses regarding peoples’ general opinions on Elon Musk.

What words or phrases come to mind when you think of Elon Musk?

Once he becomes Twitter’s new owner, Elon Musk promises to take the platform private. There are many implications of this transition, the main one being that users would be able to “tweet” whatever they want with a greatly decreased risk of their accounts being banned or suspended. When asked if they were concerned about Elon Musk’s recent offer to purchase Twitter, 32% said that they were at least somewhat concerned, 26% were neutral on the topic, and 43% are at least somewhat unconcerned. 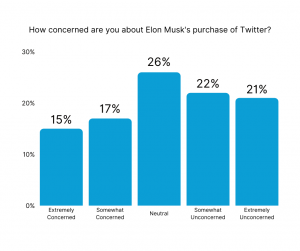 When asked which aspects of the offer concern them, respondents revealed that they are worried about the perpetuation of “Hate speech” (88% support strength), that “He will allow Trump back” on the platform (88% support strength), and that “he will allow the spread of misinformation unchecked” (82% support strength). We even discovered that for 12% of respondents, these concerns hold so much weight that they are at least somewhat unlikely to continue using the platform if it becomes private. More of people’s worries and concerns regarding Elon Musk’s offer to purchase Twitter are highlighted in the IdeaCloud™ graphic below.

What are your worries or concerns regarding Elon Musk offer to purchase Twitter?

We asked the 43% of unconcerned respondents the reason behind their indifference. Some responses that we received are: “[Elon Musk] should know what he’s doing” (90% support strength), “[Elon Musk] is a well-versed businessman” (87% support strength), and “[Elon Musk] wants to open a free speech platform for everyone” (85% support strength). When comparing these responses to the concerns referenced in the previous paragraph, we can see that many respondents prioritize the ability to voice unchecked opinions rather than protecting against the potential consequences of this unfiltered speech. Take a look at the IdeaCloud™ below to see more reasons why some are not concerned with Elon Musk’s offer to purchase Twitter.

Why are you not concerned about Elon Musk’s offer to purchase Twitter?

When it comes to topics such as free speech and protecting personal rights, people tend to have polarizing views. With this in mind, we thought it would be appropriate in this study to ask respondents the degree to which they agree with the statement: “I believe that free speech should be limited on social media platforms”. We discovered that there was a fairly even split between those who strongly agree with the statement (25%) and those who strongly disagree (22%). This tells us that the privatization of Twitter following Elon Musk’s acquisition will only be concerning to a portion of respondents, and to others it will be well-received. 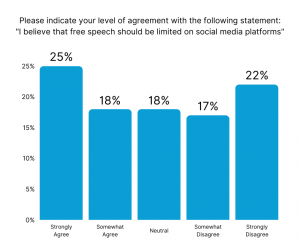 When asked “In what ways do you use Twitter?”, 41% of survey respondents revealed that they use it as a news source. One of the benefits of Twitter is the easy, widespread access to information, but in its current format, users can rest assured that the information they are digesting has been filtered for misinformation. With Elon Musk’s plan for privatization, concerns are raised about just how easy it will be to post whatever one wants – including hate speech and misinformation. With so many people relying on Twitter for day-to-day news and general updates, they are now left wondering how the platform will operate and just how far “freedom of speech” will be extended to users.

To see more of our findings on the study, please refer to the graphic below. 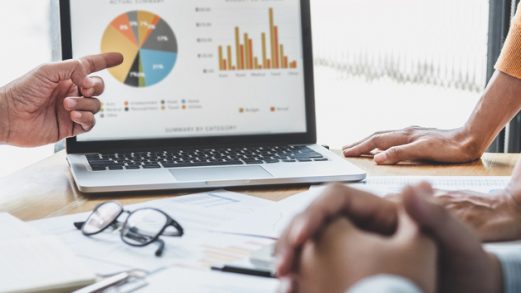 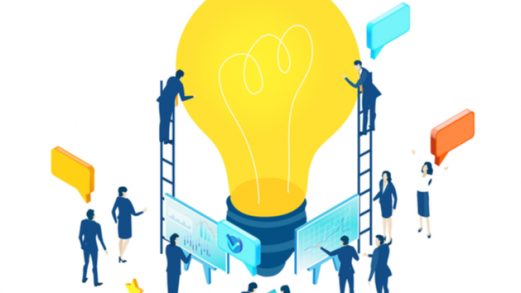 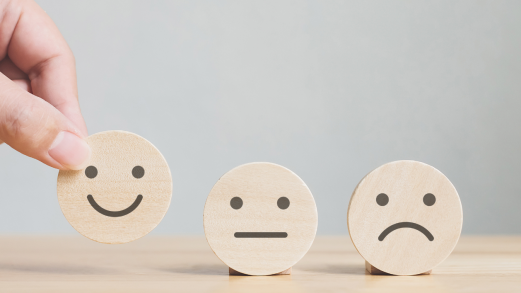 How to Design a Customer Experience Survey