Companies Taking a Stand on Social Issues – Long Overdue or Out of Line? 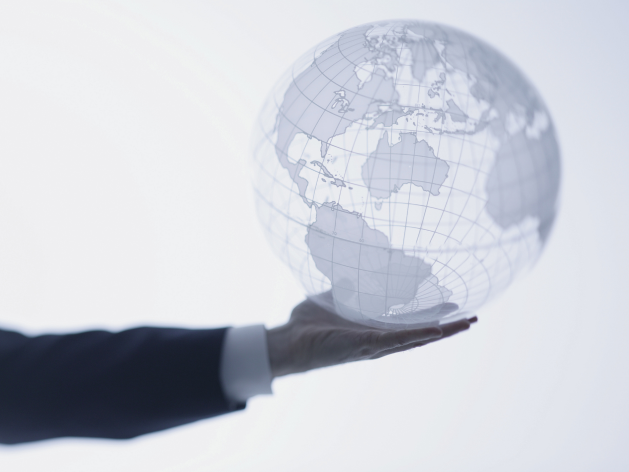 We are seeing it now more than ever- brands using their platforms and influence to take a stand on hot-button social issues. With this pattern becoming more and more prevalent, consumers are forced to face the fact that their values may not align with those of the companies they support financially. And when they do, consumers may not approve of the way those values are addressed (or not addressed).

As a company with strong values of our own, the team at GroupSolver was curious to discover opinions on brand activism. Specifically, whether the publicly displayed values of a brand, or lack thereof, have the power to change purchasing habits and overall opinions towards a company. So, we ran a study that asked 200 respondents just that. Here is what we found.

Respondents are passionate about healthcare inaccessibility, gun violence, and/or poverty and food insecurity among other social issues

Social issues are a seemingly unavoidable topic of conversation in today’s world- especially with the large amount of news coverage and social media we are exposed to everyday. So, the question is: How much do people actually care about these issues? When asked how strongly they feel about social issues impacting the world today, 40% of respondents shared they “feel strongly […]” and 44% “feel strongly about some […], and somewhat strongly about others”.

To gain more perspective on which social issues are top-of-mind for respondents, we asked them to specify which one(s) resonate with them most. Around 40%-50% of respondents identified “Climate change” (43%), “Civil rights & racial discrimination” (41%), “Healthcare inaccessibility” (42%), “Gun violence” (42%), and/or “Poverty & food insecurity” (50%) as being issue(s) that they are most passionate about. With consumers’ concern surrounding these serious social issues, many companies have recently prioritized their corporate social responsibility. But what do consumers think about companies stepping into these often-controversial conversations?

When working towards solving these social issues, a common mentality is that it’s an “all hands-on deck” situation— which includes not only consumers individually taking a stand, but companies as well.

So, do consumers believe a company can create social change? When asked how much they agree with the statement “I believe companies have the ability to make positive social changes”, 83% of respondents indicated that they at least “somewhat agree” (50% “strongly agree”, 33% “somewhat agree”).

In what way(s) do you think companies can most effectively contribute to positive social change? 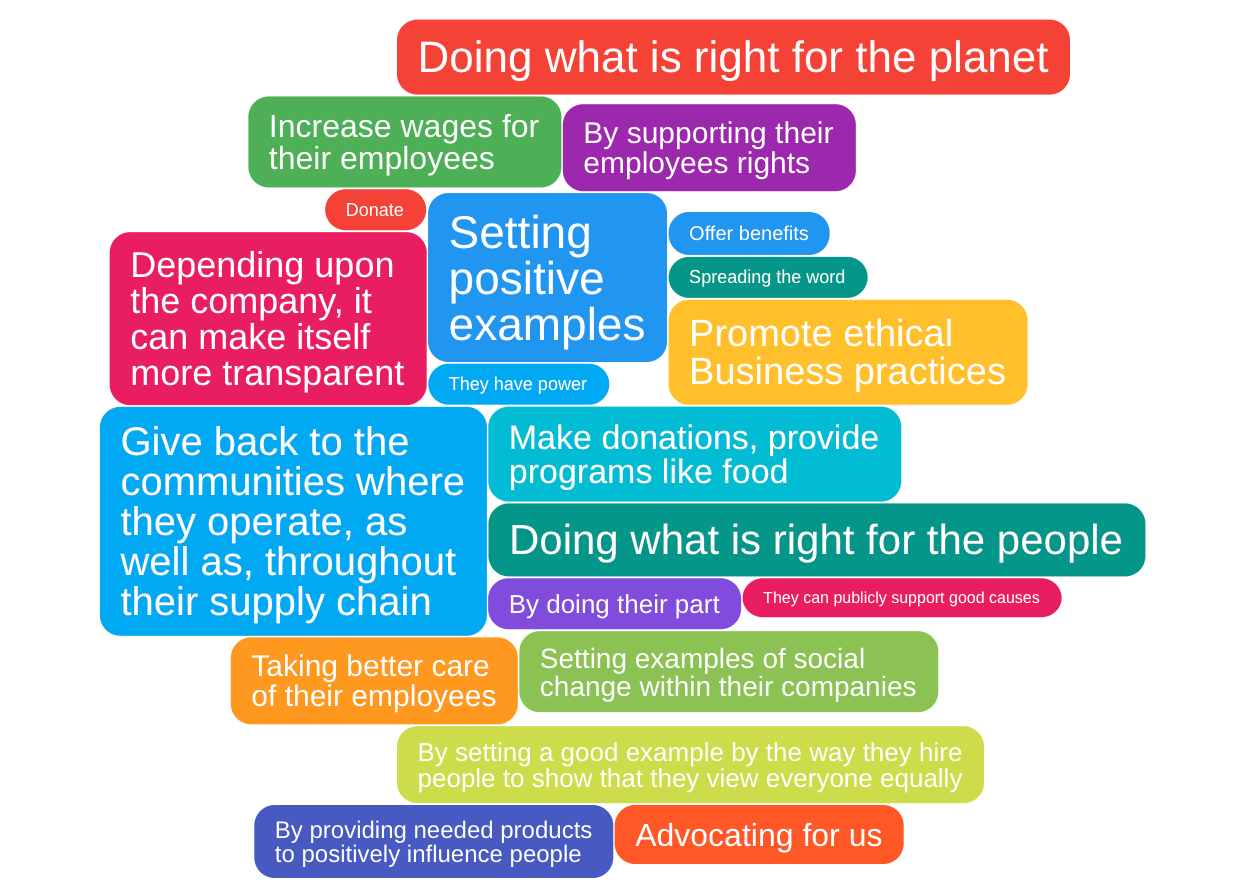 It is clear that the majority of our respondents believe it is within the capabilities of a company to make social change, but do they believe it’s their place? When we asked them how much they agree with the statement “I believe that companies have a responsibility to speak out on social issues”, we found that 58% of respondents at least somewhat agree (27% strongly agree, 31% somewhat agree), 25% are neutral, and 16% at least somewhat disagree (8% somewhat disagree, 8% strongly disagree).

Those who believe companies have a responsibility to take a stand gave reasons such as “They have a reach that most people do not have” (95% support strength), and “A company can sway millions while one person can only reach a crowd” (94% support strength). From these answers, it appears that many respondents recognize the influence that these companies have and believe that since they are able to reach a greater group, that makes them responsible for utilizing that platform to make positive change. Additional reasons for why respondents believe that companies have a responsibility to speak out on social issues can be seen in the IdeaCloud™ below.

Why do you believe companies have a responsibility to speak out on social issues? 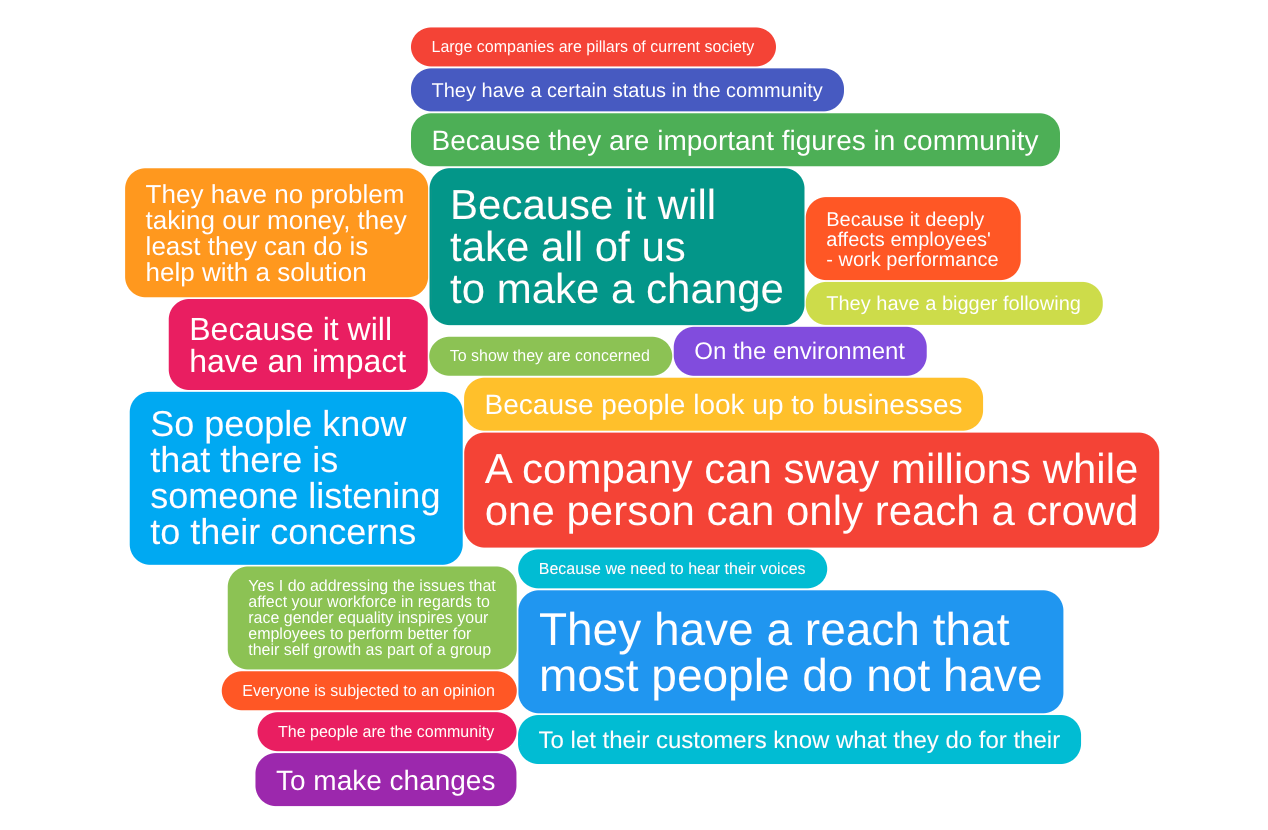 Although most users think that companies have a certain level of responsibility to address social issues, there are still 16% who believe that it is out of line. Those who believe that companies are not socially responsible elaborated on their opinions saying, “Everyone is entitled to their own opinion” (92% support strength), “Stick to business” (91% support strength), and “Maybe it is best if they just stay away from politics” (87% support strength). Companies should recognize that there is a group of consumers who hold this mentality and consider that their activism may negatively impact some of their decisions to support their brand. But that doesn’t necessarily mean they shouldn’t take that risk.

Why do you NOT believe that companies have a responsibility to speak out on social issues? 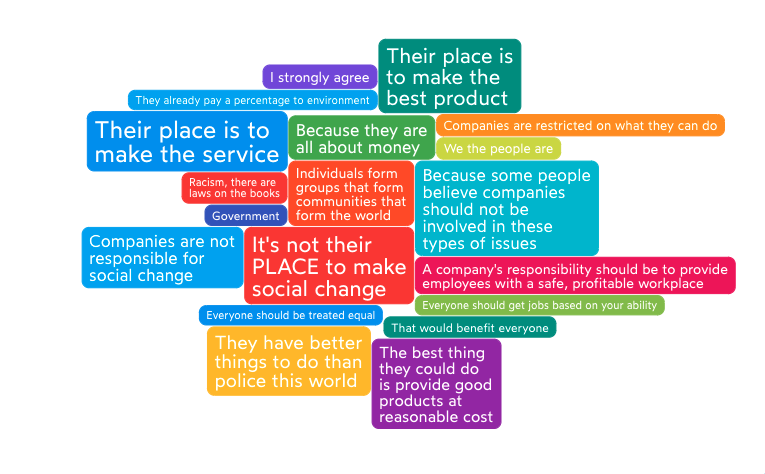 In a similar vein, when we look at the age breakdown of respondents who indicated their level of agreement with the statement “I believe that companies have the ability to make positive social changes,” individuals under the age of 35 were more likely to agree strongly with the statement than those older than them (59% under 35, 51% between 35-50, 42% over 50). Correspondingly, individuals under the age of 35 were more likely to strongly agree that “Companies have a responsibility to speak out on social issues” (38%) than those between the ages of 35 and 50 (24%) and over the age of 50 (18%). These results show us that younger people may have more faith in large institutions to enact change, and as a result feel more comfortable placing pressure on them to speak out on issues that are affecting the world.

It is one thing to disagree with the actions (or lack thereof) of a brand, but it’s another to stop supporting a brand as a result of it. To discover how much a company’s activism affects consumer purchasing habits, we asked respondents how likely they are to purchase from brands that remain silent on social issues, brands that publicly oppose their views, and brands that publicly align with their views. Interestingly, many respondents appear to remain neutral towards a company that publicly opposes their opinions on social issues (41%) or does not speak out at all (54%). In other words, a silent or contradictory company would be unlikely to change their purchasing habits. We also notice, however, that respondents are more likely to purchase from a company that publicly aligns with their personal values and opinions (35% very likely, 27% somewhat likely). 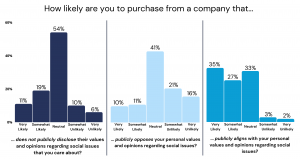 Most people believe that companies can and should speak out on social issues, but it’s up to them to decide whether or not to take a stand

At a point in time where the amount of tragic news stories emerging can feel overwhelming, many of us can’t help but turn to large corporations to help amplify our voices. In this study, we made many meaningful discoveries relating to brand activism, namely that most respondents believe that companies can – and should – use their voices to make positive change in the world.

We also found that individuals under the age of 35, the age group that turns to social media most often for news, is the audience paying the closest attention to brand activism. And, as the data shows, they also have the highest expectations for companies they support.

It has also been determined that for the most part, speaking out on social issues will not deter consumers from supporting a business financially, and in fact, it may attract new business. Now, companies must decide whether they want to remain in the shadows and stay silent on issues that directly affect their consumers, or risk the potential backlash, speak out, and become the living embodiment of the values that they claim to hold. 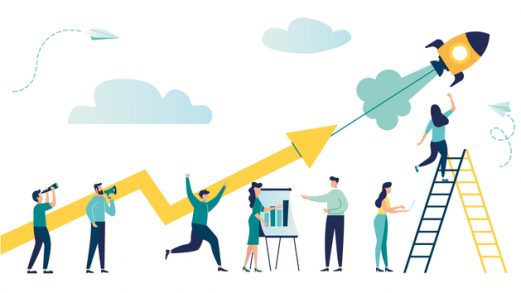 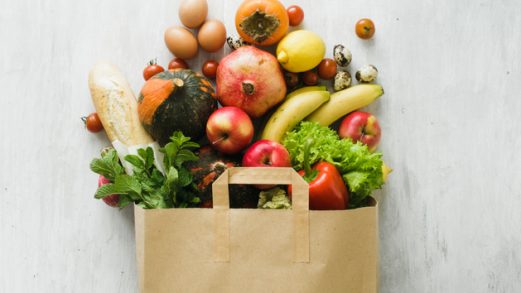 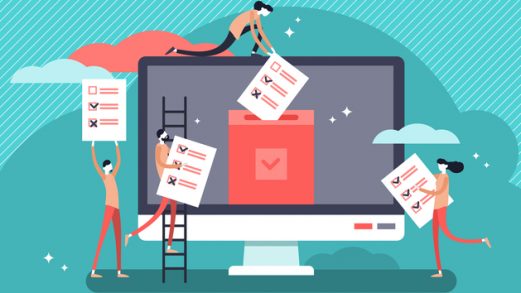