With Gas Prices at a Record High, are Electric Vehicles the Future of Transportation? 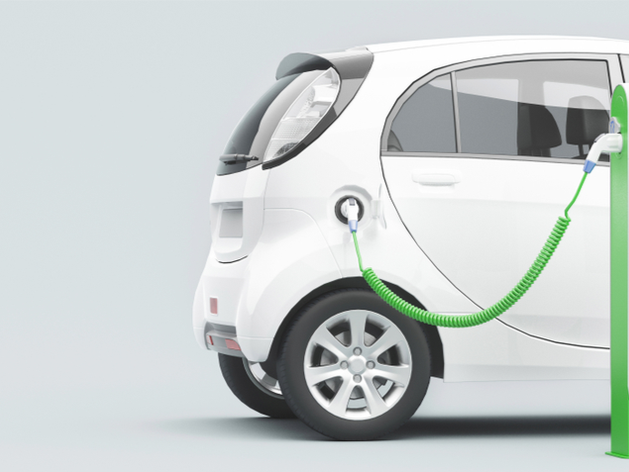 It’s official: The national average cost per gallon of gas has reached another record high at $4.194, according to the Automobile Association of America (AAA). This is significantly higher than last year’s average of $2.872 per gallon, indicating a nearly $1.30 increase since then. These rising gas prices have prompted nationwide shifts in behavior, ranging from driving and spending less to taking public transportation more often.

But what about electric vehicles? Since they’ve been introduced to the automobile industry, their popularity has grown exponentially. There are more electric vehicles on the road today than ever before. Given the circumstances, are we entering a new era of electrification? Here at GroupSolver, we asked over 200 respondents reflecting a variety of political affiliations, age ranges, and education levels to find out their honest thoughts on the topic.

Members of the public share positive associations when it comes to electric vehicles, with many seeing them as “environmentally friendly” and “the future” of transportation

Electric vehicles, also known as EVs, encompass any vehicle with an electric motor as opposed to an internal combustion engine. They present an attractive alternative to gas-powered vehicles in terms of the attainment of environmental, social, financial, and health objectives. When asked about what words or phrases they associate with EVs, respondents indicated generally favorable remarks like “environmentally friendly” (81% support strength) and “great for saving gas” (87% support strength). Just under ¾ of respondents indicated that EVs are “the future” (72% support strength).

What words or phrases come to mind when you think of electric vehicles? 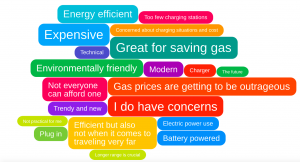 When asked about their likelihood to consider an EV as their next vehicle within the decade, 44% of people said they were either “somewhat likely” or “very likely” to go the electric route. These numbers vary by demographic and psychographic factors as well.

Despite gas prices being higher than ever, they alone aren’t enough to influence most members of the public to lease or purchase an EV within the next decade

Surprisingly, of the people who spend over $75 per week on gas, only 11% indicated a likelihood to consider an EV as their next vehicle. Furthermore, of the survey respondents from California, 90% of people indicated some level of concern around rising gas prices in the state. However, despite this, only 44.4% of the concerned California residents expressed a likelihood to obtain an electric vehicle. Even with the average state gas prices at just under $6 per gallon, the majority of California residents appeared to be minimally motivated by gas prices to consider an electric vehicle, even with the possibility of it saving them hundreds to thousands of dollars in the long run.

The biggest barrier to getting an EV is the purchase price, followed by concerns around charging and a general lack of understanding of EV technology

Gas prices alone don’t seem to be enough to overcome some of the other barriers to purchasing an electric vehicle. When asked to select the top reasons why respondents don’t have or want an EV, the most popular choice that accounted for just under 60% of the sample was purchase price. The second and third most popular choices indicated an inability to charge the car and a general lack of understanding about electric vehicles in general. 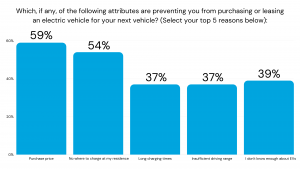 In fact, one statement that received 73% support was: “we have nowhere to power it, so I am not interested in them.” Even though a vast majority of respondents found EVs appealing, accessibility, purchase price, and educating the public about the technology and its breadth of capabilities might be crucial in making EVs more prevalent.

In this study, the notable barriers to purchasing or leasing an EV are shared regardless of age or gender identity, as expressed by the IntelliSegment™ chart below.

What words or phrases would you use to describe electric vehicles?

Gas prices are high and continuing to rise, adding to financial hardships that many Americans face amid the COVID-19 pandemic and inflation. However, while 2022 is expected to be another year of exponential growth for EVs, it might take more than rising gas prices to inspire Americans to obtain an electric vehicle in the near future.

Now that you know the facts, what role do you think EVs will play in the future? Share this post, and don’t forget to subscribe to GroupSolver® Digest Weekly Newsletter so you’ll never be out of the loop on the latest market research trends in real time. 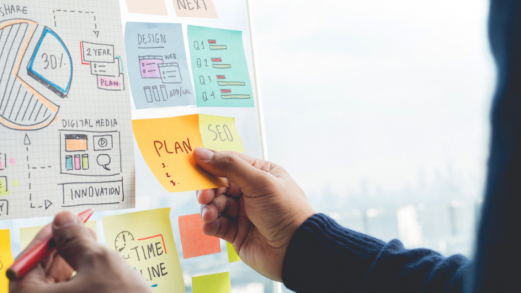 Evaluating Ideas for Your Business: A How-To Guide 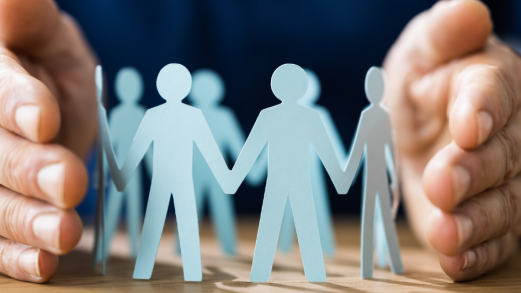 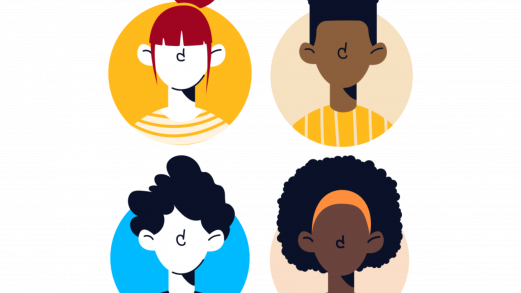 5 Steps to Building a Customer Persona